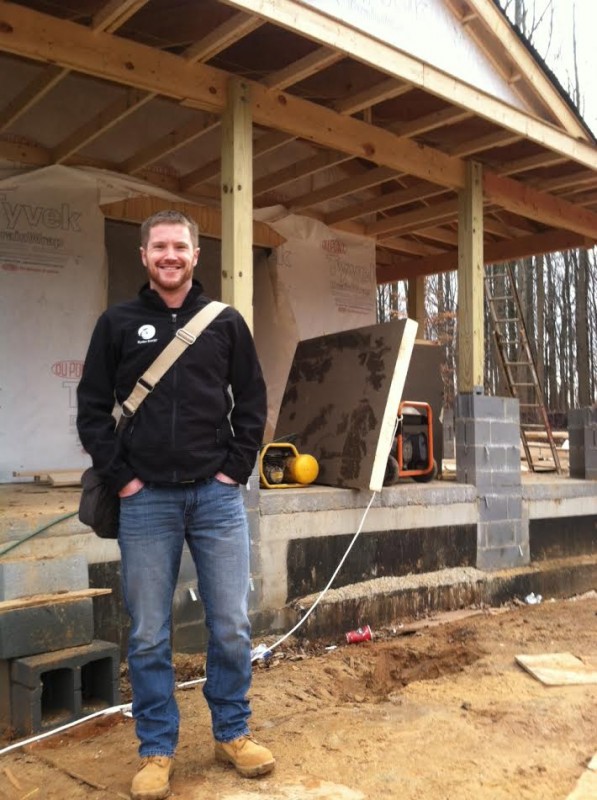 Andy Corral of Elysian Energy, getting acquainted with the project. Andy will be certifying that the work complies with Passive House requirements

Now that the rough carpentry is nearing completion, it was a perfect moment to bring out our Passive House Rater, Andy Corral of Elysian Energy, to see things in the flesh.  I spent a good part of yesterday morning compiling a set of plans and documents for Andy to review, including a revised Passive House Planning Package (PHPP) that reflects the field changes and revisions that have taken place.

Some of the changes are minor tweaks–for example, substituting 4″ of polyisocyanurate insulation for 6″ of expanded polystyrene over the primary roof structure.  The former has more than a 50% higher R-value than the latter; even as the total thickness is reduced, the net insulation value of the roof is increased by R-2.

This gain is offset by the substitution of a custom wood front door for the Intus E-Forte UPVC door.  Although the wood door has a smaller window, it has a lower net R-value, because–counterintuitively–the three layers of glass is more efficient than 2″ of wood.  It was almost jaw-dropping, how much this one change added to the Specific Space Heat Demand. 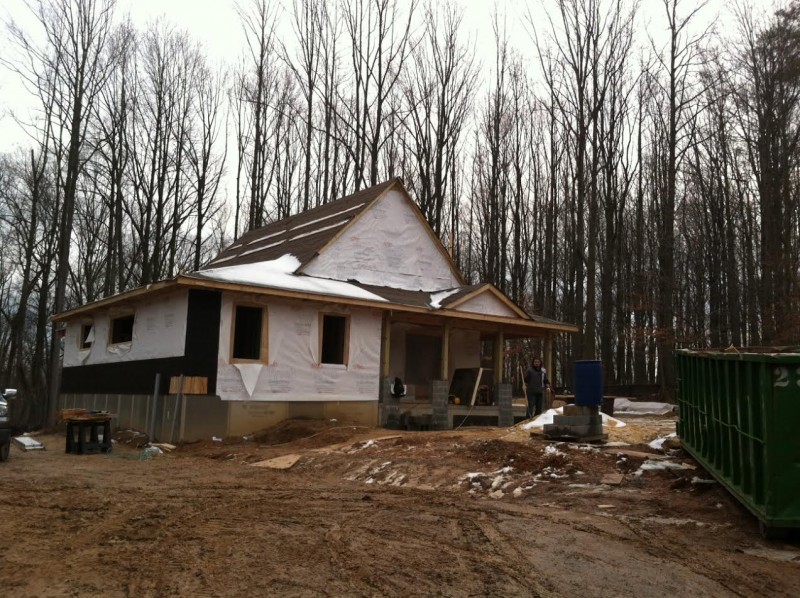 The massing of the Grant Residence is now apparent

Another major change is to enclose what had originally been designed as a screened porch.  This space is intended for three season use, and will not have a heat source, but it will still reduce heat loss through the adjacent spaces.  I’ve asked Elysian to help quantify the energy savings.

An area of some controversy remains.  During the Passive House precertification process, I initially modified some of the PHPP defaults for ground conditions.  These were rejected by PHIUS, and I had to beef up other areas of the building envelope to compensate.  But during construction, we actually improved conditions beyond the initial input.  The entire building subgrade was backfilled with an average of 3′ of crushed stone, and then topped with 4″ of sand to support the subslab insulation.  This is a very effective thermal break with the underlying soil.  Including these values in PHPP makes a significant positive impact.

On the other hand, the local climate seems to be slightly cooler than the PHPP default climate for Washington, DC.  Passing by on my bike this morning, Lake Frank–a few hundred yards southeast of the Grant house–was completely frozen over. 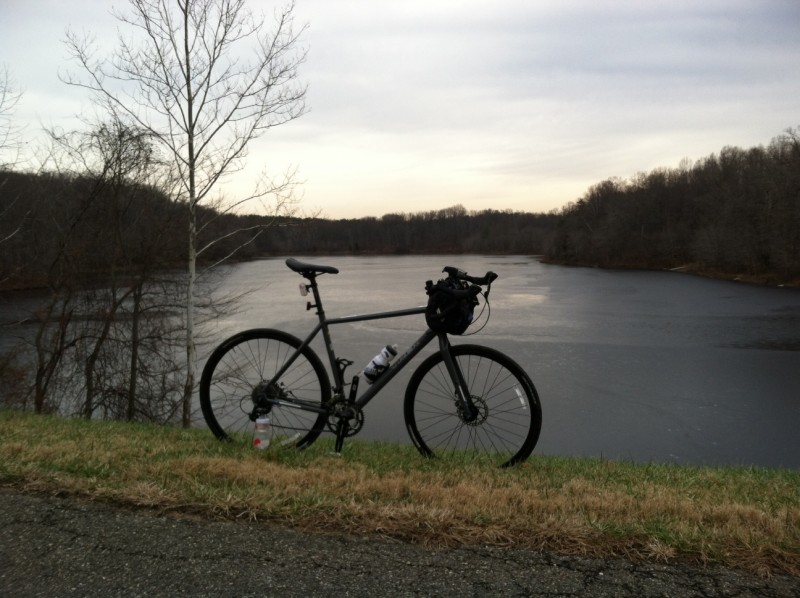