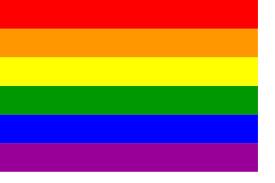 Looking back, some of my most successful—and deeply satisfying–projects have been for gay and lesbian clients. I could not help wondering why this is so.

It’s one thing to wonder, and another  to say this aloud. So I decided to first direct the question to the clients themselves, to determine if it would be offensive to begin a discussion on this topic. Their replies gave me reassurance to go forward with the question.

One couple replied to the query immediately, tongue in cheek:  “You could start a wicked controversy and say it is the ‘gay’ gene if you want to get into hot water.”

I suspect part of it is that we aren’t living up to others’ expectations of what it means to be in a committed relationship (because society really doesn’t have such expectations for us), and so we’re much more honest and open.

Another gay client replied along a similar vein.  It was so carefully reasoned it bears reprinting in its entirety:

Apologies for the delay in responding.  I wanted to get some other reflections,and flipped your questions about whether it would be offensive (without any identifier as to who had sent it) to our Gay Dad’s group.  I left it open-ended whether I was soliciting their opinion about the “would this be offensive” (uniformly, no) or their perception about whether G&L make the best customers.  On the latter point, no one trotted out stereotypes, other than to comment that most gay couples are dinks, with meaningful disposable income, and the vague perception that those couples / individuals with children were like any other couples with children.

On the question of offensiveness, I concur with my peers — asked and answered respectfully (which I would expect from you) it’s a fair question about client & relationship development and management, though it would be easy to get trivial by borrowing too much from stereotype.

As to the latter question — for myself, I had to struggle with what it meant to be a gay man in a straight society.  The struggle to define myself forced me to make a conscious decision to be different from the norm — which, in time, grew into a willingness to question everything, about myself, my faith, my beliefs, how I wanted to live, and impact the world, and interact with my space.  But because I had to have this dialogue with myself, in coming to terms with being a gay man in a straight society, I have the ability to step outside myself, to some degree, in talking about it, and look at it from multiple perspectives, and so can engage you in a discussion about it.

If these responses are characteristic, then it appears that an important factor is the more unconventional individual’s adjusting to a role in conventional—that is, straight—society, that gives rise to heightened discernment and awareness—elements that make for the best clients.

But to speak in terms of convention is becoming inadequate, as our culture almost miraculously transforms itself to not only acknowlege equal rights for gays and lesbians, but to welcome them into families that a generation ago shunned them, and a society that discrimated against them.

This raises the question, of course—as we hopefully approach a time when there will be nothing unconventional whatsoever about gay and lesbian relationships—whether this status will still be the impetus for such self reflection.

Or—as the first respondents might suggest—is their splendid sense of color, texture, style and space—really due to something innate?  In other words, is there a “gay” gene after all?