Alan Abrams is a thinker who aspires to make things as he imagines them.  That explains his life long pursuit of the knowledge and technical expertise needed to carry out his vision. His self-propulsion, fueled by inspired stubbornness, shapes a dedication to “do better” that no failed idea can defeat.

“The greenest house I ever built was my first—that little handmade adobe, in Los Luceros.  Half way between Santa Fe and Taos and ten miles from the nearest traffic light, I built that house—mixing every shovel of “mezcla” mortar, laying every 40 pound adobe brick alone.”

Abrams was a green builder long before the term was coined.  It just took a few years, a few do overs and a few hundred projects for him to realize it, and then own it.  The epiphany occurred at the National Building Museum when Abrams visited an exhibit called “Ten Shades of Green.”   The exhibit featured multiple project concepts.  Though each employed a unique green strategy, he sensed a commonality among them.

What Abrams later realized was that, of all the projects he’d done, the ones that mattered to him shared a common thread with those ten demonstration projects.  Each in its way was a response to nature—to climate, topography and weather patterns.  Each used natural materials mindfully or man made materials naturally.  He has been single minded in his commitment to sustainable design and green building since 2003 when he launched Abrams Design Build.

Alan Abrams has taken a leadership role in promoting the practice of green building at the local and national level.  Locally, he is a founding member of the NARI Metro DC Green Building Committee and an active member of the Green Building Institute.  Nationally, his activities include:

Amy Abrams draws kitchen and bath designs, specifies materials and secures permits for Abrams Design Build projects.  She is the de facto “client liaison” and is often the first person you will talk to about your potential project.

So that’s what Amy does every day, but she brings much more to the game.  Amy excels at brainstorming with clients, helping make their ideas real for them.  “I love seeing clients get excited about a project and seeing their eyes light up.”  She also gets a kick out of solving problems, catching little mistakes before they grow horns and make big trouble for the project.

Amy’s work at Abrams Design ties neatly to her personal passion as a jewelry designer.  She sees beauty as a transformative force and loves exploring the many ways design effects how people feel about themselves whether they are living in it or (in the case of jewelry) wearing it.

Amy and her husband Herschel live in Silver Spring with their cats Lacey, Jasmine and Layla.  Yes, that’s three cats.  So?

Early in his career, Michael Stavish demonstrated an extraordinary talent for quickly and thoroughly acquiring skills.  That caught the attention of Alan Abrams.  Alan first noticed Mike when they were working on houses next door to each other.  He saw a young guy, skinny as a bread stick, high up on scaffolding doing exterior trim (a project designed by then rookie architect Mark McInturff).

“It looked like the guy actually knew what he was doing.  I admired his natural talent.”

When that job was complete, Alan hired Mike for his next project and trained him in skills that were a notch up from where he was.  Mike learns something new on every project and is able to translate that learning into what he makes with his hands.  So it was not long before the “student” overtook the teacher.

That was around 25 years ago.  Today, Mike leads a loyal crew of extraordinary craftsmen. He has built dozens of remodeling projects for Abrams Design Build including a new home on Park Crest in Silver Spring. (See Case Study: New Green Home Sits Gently On Sensitive Site)

He lives in Mt Airy with his wife Mimi in a log cabin that has been a “learning laboratory” of remodeling opportunity for Mike.

“I collect intriguing raw materials.  I find them in salvage yards and abandoned places.  I pluck them from manufacturing waste streams.  In each discovered object I read a life story of embodied energy and human ingenuity written in the scars, scrapes and wear of its service”.

Then: After college and a few years work as a structural engineer, Patrick Sells hit the brakes and took a sharp turn off the main road leading to architecture school.  His plan?  To live out of an old truck, help with unique/natural building projects, and search for a creative hands-on life.  He found what he was looking for.

Now:  Today, Salvaging Creativity fabricates lighting, railings, furniture, signage, and outdoor landscape/streetscape elements for architects, designers, developers and municipalities.  Their work aims to challenge societal notions of waste and aesthetics by unifying the beauty of the built environment and the beauty of the natural word.

Zoe (a.k.a. “color girl”) is an architectural color consultant and licensed interior designer.  She works with homeowners, architects, property managers and real estate agents to help them overcome their fear of it (color, that is).

“As a kid I had the largest box of crayons on the block and used every one of them! My penchant for seeing and working with colors is still a passion for me today. I enjoy more than ever choosing colors schemes that help my clients express themselves and heighten their own color awareness.  I am especially skilled at helping couples on opposite ends of the color spectrum come to an agreement. I’ve even been told I have saved a couple of marriages!”

Zoe maps out color schemes that smoothly blend what the client likes with what will enhance the property.  She works within the architectural context, considering all surrounding elements so that color is not an afterthought, but an integral part of the form.

Marcus Sims is a multidisciplinary artist working in wood, rhythm and music, earth awareness and healing.  In the discipline of wood, Marcus makes one of a kind furnishings and art objects from storm wrecked trees.

His first furniture piece was a cradle for his sister’s first child, born in 1975.  He is self-taught as a woodworker, although his co-workers at the Woodworker’s Club have given him many tips.

Since 1990 Marcus has salvaged fallen trees in Montgomery County Maryland and has accumulated 20,000 plus board feet of hardwoods including black walnut, mulberry, cherry, catalpa, locust, hickory, and Osage orange. 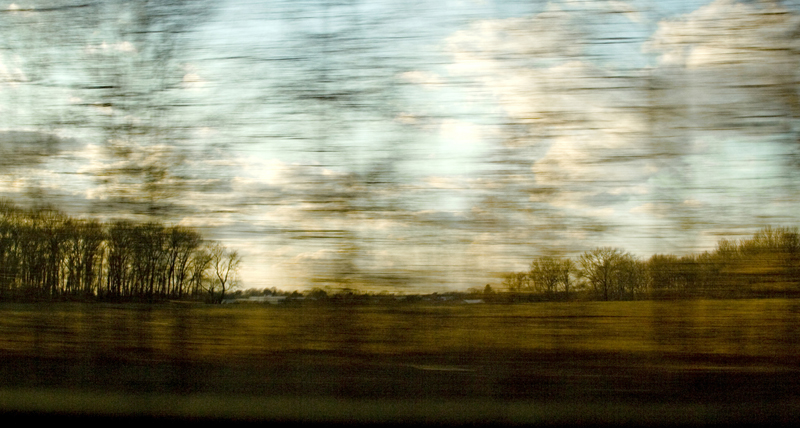