SOME FOLLOW-UP on the “classic bungalow” project. It’s difficult enough to build a new Passive House–at least for someone (like me) who hasn’t built one yet –but to remodel an existing house to Passive House standards is, well, infernally difficult.  And to take a house in a historic district, where there are limitations to changes can one make to the exterior of the house–like wrapping the walls and roof with several inches of insulation and installing new cladding, or ripping out vintage double hung windows and replacing them with euro-style triple glazed windows–that pretty much stabs the idea in the back. 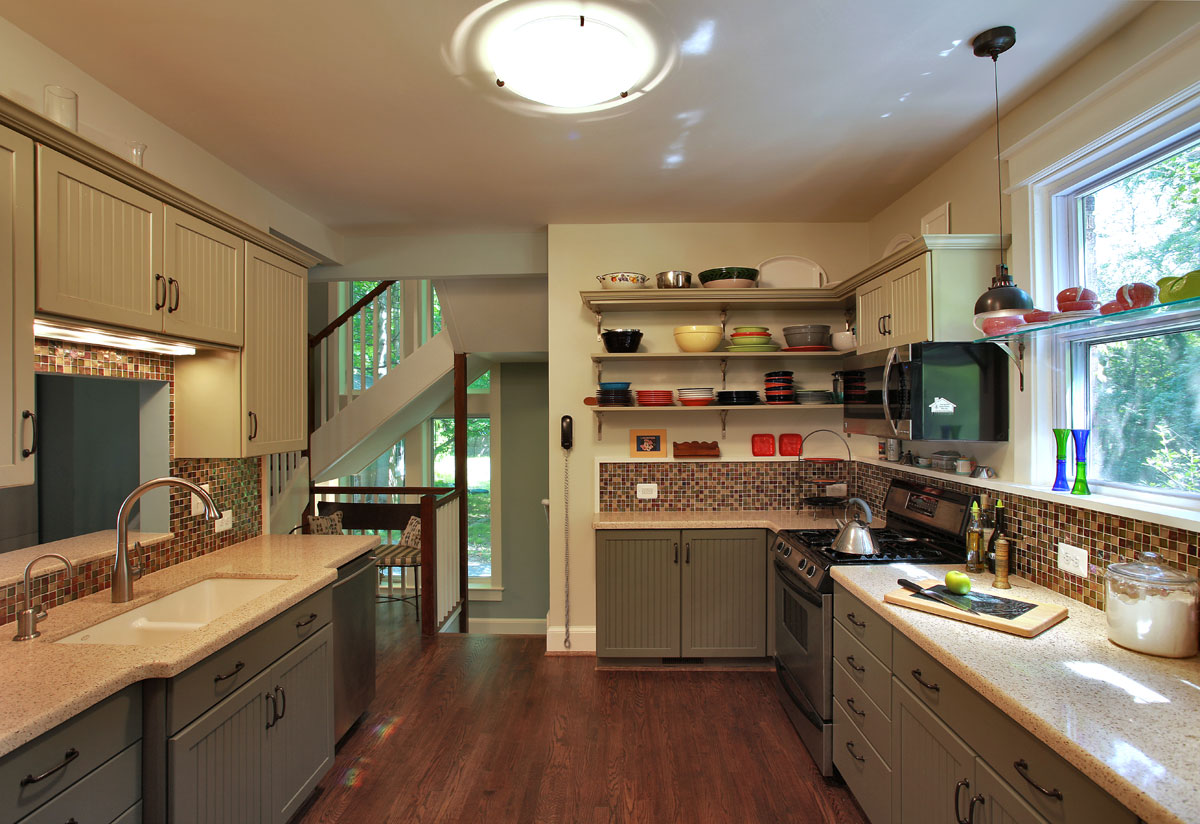 Regardless, I wanted to see how the bungalow stacked up against the Passive House standards.  Without submitting the house to the full blown analysis, which might take 20-30 hours, I took a shortcut to determine what Passive House calls the Primary Energy Load.  The PE value includes all the fossil fuel based energy that comes into the house, including the gas line and the electric service lines.  As mentioned in the previous post, however, electrical energy is evaluated in terms of how much wattage was produced at the power station–of which, only about a third actually arrives at a typical home.  The other two thirds is lost to resistance in the lines and transmission equipment.

PASSIVE HOUSE ALLOWS an annual maximum of 38 kBtu’s per square foot of “treated floor area,” which is a German convention that takes the overall area of the house, and deducts or de-rates the portions of the area that are not usable–like walls, the underside of stairs, and such.  It works out to be somewhere around 70% of the overall area of the house, measured on each level.

This is not something to pat ourselves on the back over.  The original house, using this methodology, used over 80 kBtu’s/SF for the years 2007-2009.  The project is still a significant improvement, but in the context of reducing our impact on the environment, it is not a staggering achievement.

THE BOTTOM LINE IS–referring back to the previous post–how we live within our homes is as important–energy-wise–as how we build them.